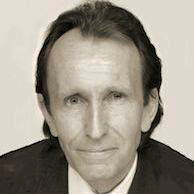 I chose the name Pilots Publishing because my home is Pilots Cottage. The origin of the name is lost in time but from old maps it long predates flight and so is likely linked to either a river or sea pilot. I am the sole person to contact concerning Pilots Publishing.

In his last years Reg often enjoyed sitting in this garden, surrounded by the sounds of the countryside. We sometimes worked on his book here. It is set in a peaceful green valley between two working farms a few miles south of Canterbury.

I was born in Bromley in Kent. As a boy I delivered newspapers and groceries after school on a bicycle and on Saturdays sold potatoes from a lorry and worked in a greengrocers and a bakery. I attended Bromley Grammar School for Boys.

In my late teens my first voluntary work was as secretary of a housing association leasing derelict property from Bromley Borough Council on five-year terms to provide low cost accommodation and I led work parties to carry out basic renovations. One of my most enjoyable early jobs was as a supervisor of young offenders in the pilot South London community service scheme.

For many years I bought, renovated and sold residential property in the UK and was a partner in various projects, including helping to construct and sail a replica 19th Century trading ketch, co-producing a video magazine, building two timber houses in Jamaica and importing and selling pottery and craftwork with my father. I was in a band and have performed and recorded music at various times.

In 1987 I joined the charity Project Orbis International to manage PR and logistics for the world’s only Flying Eye Hospital, dedicated to fighting blindness and fostering peaceful international cooperation. I travelled widely, liaising with ministries of health, host medical societies and airports to plan medical programmes, seeking support from hotels, fuel companies and airlines, arranging press conferences and fundraising. I was director of the Flying Eye Hospital throughout 1991 and established the Orbis office in Hong Kong, which I directed for six years.

In 1996, with my long-time friend and mentor Oliver Foot, who led Orbis International, I left and together we promoted the island of Jamaica, working in particular to help the ailing Blue Mountain coffee industry and establishing a flagship coffee shop in London’s West End in partnership with the Jamaican government through its Agricultural Credit Bank. We hosted hundreds of events and exhibitions there and organised many UK media tours to Jamaica.

In 2005, after three years studying Politics and International Relations at the University of Sussex, I was invited to return to Orbis headquarters in New York, where I led the US fundraising and PR teams and was appointed Executive Director and CEO of Orbis International from 2007 to 2009, responsible for the global organisation. I worked with some first-rate people and it was the privilege of my life to lead one of the world’s finest humanitarian endeavours.

I have lived for long periods in Jamaica, Hong Kong and the United States but am now back home in Kent, where I have a smallholding, Pilots Farm Garden, which occupies most of my time. Since returning to the UK in 2009 I have also been a trustee with several charities and am currently working with Parasol Music Productions on Rice Harvest – the musical.

I shall continue to publish The Memory Endures to benefit my uncle’s chosen charity, though have no plans to publish further books. Other projects I am involved with, those of people close to me or subjects of personal interest may appear on this website from time to time.